Exercise On An Empty Stomach

In the morning, your body has gone 8+ hours since eating or drinking anything. Your blood sugar levels are lower at this point, and your body doesn’t have adequate fuel to workout optimally. Usually, experts recommend eating something–even if it’s just a small snack–within 2 hours before working out. When your body doesn’t have proper fuel in it, many problems can result, the lesser being that your workout performance suffers, and the greater being something like passing out during exercise.

However, every body is different. Some people can workout on an empty stomach with no problems, while others would end up very sick and feel the negative effects of it. When I workout in the morning, I always eat (and drink) something first thing after I wake up. Usually by the time I start my workout it doesn’t hurt my stomach to exercise with a bit of food on it.

Also, I think there might have been a bit of confusion here about metabolic rates in the morning. Eating breakfast in the morning has a positive effect on your metabolism, but exercising on an empty stomach does not. Some people say that it will burn fat stores, but overall, the number of calories your burn during a workout (regardless of where they come from) is much more important. Plus, fat burns in the carbohydrate flame. This means that exercising without eating (such as after “fasting” during sleep) your body does not burn fat efficiently, or sometimes at all.

nutrition training Weight Loss
Tweet Share Pin it
Previous StoryCan I lose weight if my only exercise is walking? Next StoryI’m Still Sore From Yesterday’s Workout. What To Do? 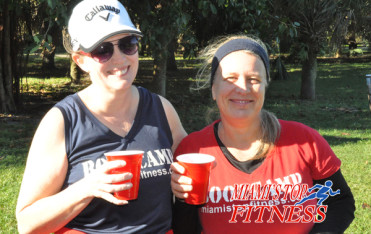 Your snacking may be killing your fat loss results

Miami Fitness Boot Camp has been created to satisfy everyone’s necessity to improve and maintain their physical condition appearance and good health in Miami area. We have specific classes for beginners and intermediate fitness level to tailor them to your needs. No matter in what fitness level you are, our programs can help anyone that is ready to change body and life.